Here is our list of top free fps games or best first person shooter games which you can play in 2018.  Few of the games are very old and not released in 2018 but I think It won’t be fair for them if they are not included in the list. There is no ranking of the games, the serial no just represents the sequence. So, check out these cool games and share your views.

It is a team-based multiplayer game in which you can choose any character from a no. of them. Each player has some unique ability and power which he can use according to the player selected and his strategy to win.  It was released in 2007 and became very popular in few months.

Gameplay is really simple in which two teams fight with each other to move a cart, capture select points or steal a briefcase. Use different strategies to win the game as each player has some pros and cons.

It was released in 2012 and quickly gain popularity. This game is a serious FPS contender, and its freemium status should not diminish your expectations.

You can see through walls with the HRV, deploy mechanized Hardsuits, and customize your weapons to dominate the opposition.

This is not only a great example of a professional and credible free-to-play game, but it’s also one of the best first-person shooters I’ve played.

The core of Planetside 2 revolves around holding crucial territories and claiming key resources, with hundreds of players fighting it out over the course of multi-day and week-long battles. The diverse combat ensures no two matches are ever the same, placing players against one another in custom tank battles one minute, and urban firefights and aerial onslaughts the next.

With various styles of air and ground vehicles, there’s no shortage of ways to contribute to a fight.

The game has a wide variety of game modes and nine unlockable classes. Each class offers some special weaponry system and skill which you can obtain as the game progresses.

It is ranked under top 100 games of all time by IGN. Despite being released in 2012 people are still playing this game a lot.

This game has jetpacks, skiing, vehicles, and multiple classes. Check this game out from the link below.

5. Warframe: Windows, PlayStation 4, and Xbox One

Warframe is visually striking with an action-oriented movement system and a focus on flexible customizations over rigid classes. It remains popular with frequent content updates.

DLC packs on Steam bundle themed upgrades together. Players can buy new guns, mods, and other customizations with in-game currency or credits purchased with real money.

All these games are multiplayer games which you can play with your friends also. If you like the post then let us know from the comment section below.

Best Dreamcast Emulators – Sega Emulators that you will Love to Use 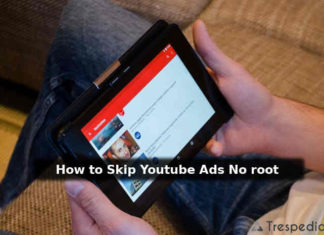 How to Skip Ads on Youtube Without / No Root Android

22:06
0
Tutorial on How to skip ads on Youtube without root on Android? Save your time by skipping the ads which come over and over...

60 Fun Websites for Adults to visit when Bored

27 Crazy websites to watch full movies online without sign up...