Here are Best sound effects app for your Android and iOS devices. Music is one of the best sources to entertain any person. These apps will have different sound effects for your smartphone devices to enjoy with people of every age group.

These apps also help you to increase music listening experience after changing the sound effects of the music. You can easily use that edited music as contact ringtone, notification tone, alarm tone, and others to laugh and fun with your friends and family.

This app is best in this category which offers different sound effects. This app offers a higher quality of sounds compared to other apps.

App has provided sounds of animals, birds and other things too. There is a search functionality to find sounds quickly and straightforward. The programmable soundboard is very helpful when you are trying to line up the sound of fax for an audio drama.

Use gestures to switch between categories and pick among the many available sounds. App has a clear interface and big buttons for easy accessibility for kids and everyone else.

I also like being able to save my favorites to one push button page. The application is translated into various languages (such as English, Spanish, French, etc.), so everyone around the can use it easily.

Halloween spooky sound is an entertainment app which contains tons of spooky & scary SFX. App has more than 50 sound effects so to choose from.

It is a free and unlimited horror and Halloween app for iOS users. Use this app along with Bluetooth device to create an awesome horror sound effect. Download app for iOS devices from the link below.

It also allows you to make sounds effects of different animals using your smartphone’s keypad. The app supports images of animals too. Hence making it more realistic and high-resolution photos will make you feel close to wild animals.

Sounds are also categorized under sections which make them more accessible and easy to use. The app is available for both Android and iOS users.

Scary Sound effects is a popular sound effect apps which let you create scary sounds on your smartphone. It is simple and easy to use scary and prank app to prank with your friends and family.

You can also add an external speaker for loud sound and prank with your friends. There are more than 40 different scary sound effects available on this app you can easily use any of them by single tap only.

Use any of them for default ringtone, ringtone for a specific contact, notification tone and others. Horror-themed buttons are provided in the app which will make it look more cooler.

This is something creepier than other apps. iFart is another unique and popular sound effect app which allows you to create different fart voice from your smartphone.

There are more than 30 different types of fart sound effects are listed on this app. Sounds include wipe out, dirty Raoul, the brown mosquito and others. You have to just select the fart name and press that fart button to create a sound effect.

It has also an option to record fart on your smartphone. Download the app from the link below and start farting.

My Talking Tom is one of the better apps which allows you to adopt your very own virtual baby kitten developed by Outfit7. You can easily talk with your tom and record their voice and video on your smartphone.

It is one of the most downloaded apps for the sound effects. It also allows you to create the different sound effect of your voice for free. You can easily record voice effect, save and share them with your friends and family for free.

Brainwaves is a super simple and easy to use anxiety stress relief healing sound effect apps for Android and iOS users.

It has more than 90 brainwave programs which allow you to keep cool to your mind and remove stress. You have to use headphone for a better experience of this app on your smartphone.

There are two independent oscillators which can be easily controlled by two horizontal bars. These oscillators will help you to easily create and save new sound effects on your smartphone for free. Download the app for iOS devices from the link below.

Tonebridge is another popular sound effect app for Android and iOS which has a huge collection of different songs. You can easily plug in your guitar into your smartphone and easily start playing it for a different song.

It is more of an app for guitarists than just the sound effects. It works for all guitar so you can easily play guitar if you don’t know about to play it. There is an amazing noise reduction system available on this app which clears your sound and easily edits your sound for free.

This not only suggests songs for presets, but let you make your own too with a wide selection of amps, cabs, pedals, and microphones. Download app from the link below.

100 Button Sounds Effects is a popular and fun sound effect app for Android and iOS users. It is an amazing app which allows you to play a different prank, annoying, funny and other music and ringtone on your smartphone.

It is a perfect noise maker app which allows you to create different annoying sound or music. You can also create a ringtone of your favorite music using this app.

Annoying Sounds has listed more than 150 different annoying sound effects to annoying to your friends and family. It allows you to use different sound effects as irritating baby noises, crazed animals, loud air horn and other.

Now forget about jokes, create emojis and insult to your friends, easily use this app to prank with them.

Once the voice is edited you can also share them with your friends and family using different sharing sites.

It also allows you to make your own ringtone by editing music or other audio on your smartphone.

Subliminals is a mind control and motivation sound app for Android and iOS users.

It has a large collection of different motivation sounds which help you to change your mind. It has listed different topics like weight loss, the law of attraction, success topics and others.

You can easily choose your favorite topic and get motivation speech about it on your smartphone.

There is also an option to voice to text and text to voice option is paid. This feature of the app helps you to control it with your voice.

That’s all for sound effects app for your Android and iOS device. Do you know some better app which should be included in the post? Let us know about your queries and suggestions through the comments section below. 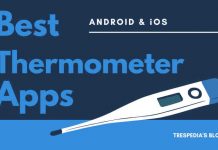 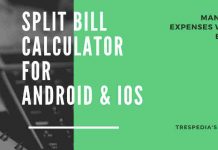 10 Reasons Why You Should Switch To Linux

Modified date: April 30, 2020
Linux operating is one of the most used operating systems around the world and its users are increasing day by day. Because of Linux's...

Best call blocker app for iPhone to get rid of spam...