Tor is a computer network run by volunteers worldwide. Each volunteer runs what is called a relay, which is just a computer that runs software allowing users to connect to the Internet via the Tor network.

Before hitting the open Internet, the Tor Browser will connect to several different relays, wiping its tracks each step of the way, making it difficult to figure out where, and who, you really are.

The Internet is, at its most basic, the series of connections between computers across a great distance. In the beginning, computers were isolated, unable to communicate with each other. As the tech got more advanced, engineers were able to physically link computers together, creating early networks. These networks still required the computers to be relatively near each other, however.

When using Tor, the packet is wrapped in successive layers of packets, like a nesting doll. Normally, a packet will include the sender’s address and the destination, not unlike a letter. While using Tor the packets are transferred from different nodes so actually not even a single nodes knows the final destination of the packet. It only knows the address of the receiving node and the sender nodes address which know at any single level.

When the user sends the packet, the highest layer tells it to travel to Router A, the first stop on the circuit. once its there, Router A takes off the primary layer. the next layer tells Router A to send the packet onward to Router B. Router A doesn’t recognize the ultimate destination, only that the packet came from the user and visited B.

Router B peels off the subsequent layer, seeing that the next stop is Router C. the method continues until the message reaches its destination.

At every stop, the node solely is aware of the available information: the last place the packet was, and therefore the next place it’ll be. No node is aware of the entire path, and neither would anyone who observes the message being sent from a node.


The easiest way to use Tor is to download the Tor Browser. This is a modified version of Firefox along with a bunch of other software that connects you to the Tor network. I have provided the link at the end of this post to download tor browser for Android as well as for personal computers. Tor is available for each platform like Windows, Mac OS X, and Linux.

Thank you for reading the post, If you have any queries or suggestion then let us know from the comment section below. 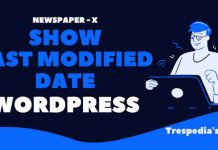 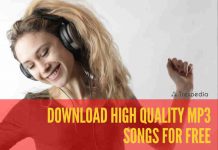 Modified date: August 12, 2018
We are often asked by our users where will they find the most effective WordPress free website themes? specifically, which WordPress theme marketplaces or...

10 Reasons Why You Should Switch To Linux

What is torrent and how to use it.